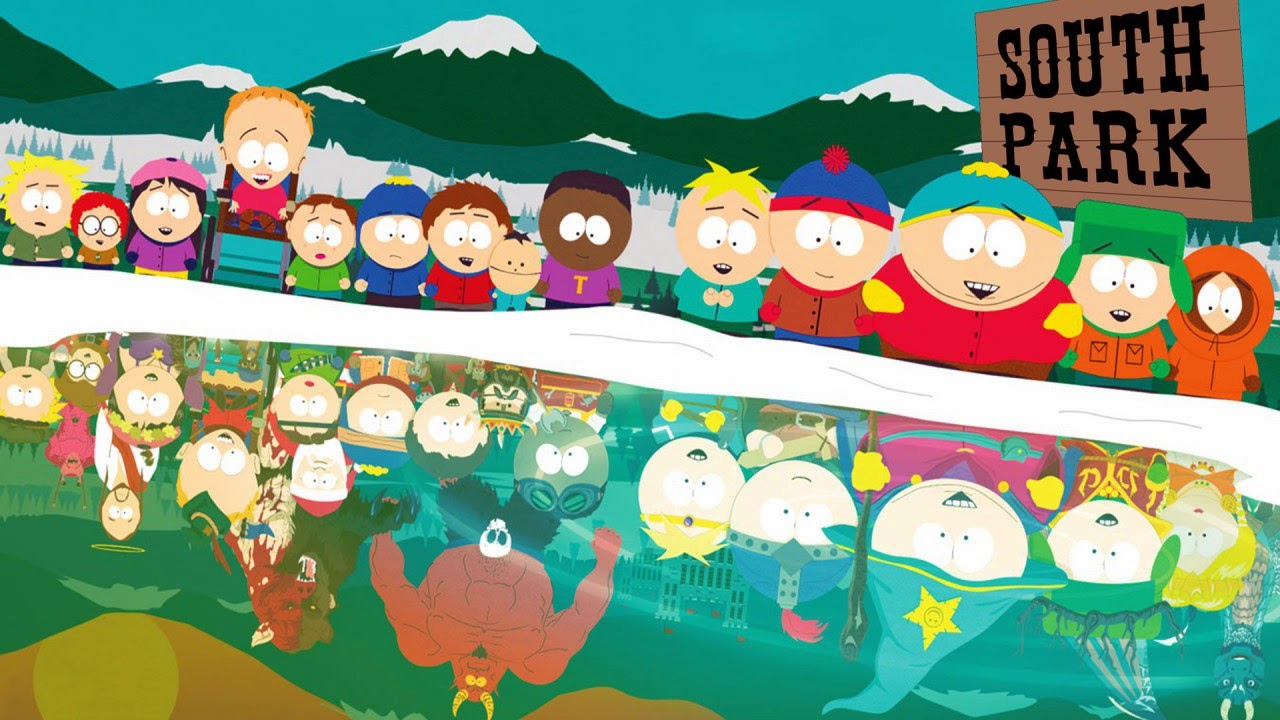 Here are all the tips and secrets you will ever need to get you through South Park the Stick Of Truth. This article features the most commonly asked questions on the Internet, and it highlights the tips and tricks you may have missed during your first play through. If you have not played it all the way through yet, then this article may have spoilers.

In Stan’s room you will find the note that is shown on the image below. Go to the lost forest and use your magic dragon magic (the dragon fart using the letter G) to get past the rats. 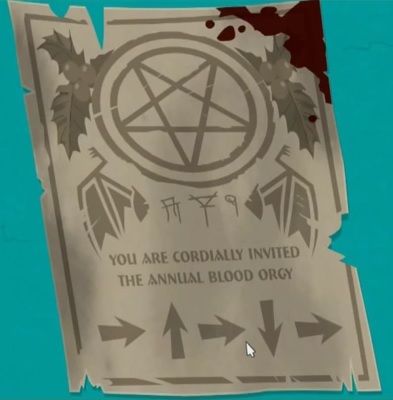 Every location within the lost forest has four exits. One is north, one is south, one is east, and one is west. If you travel downwards four time (south), then you will find your way out of the forest. If you follow the directions on the note in Stan’s room, then you will find all of the woodland Christmas critters. They will become your friend so that you may gain more perks.

The Extra Door In Stan’s House

As far as I can tell, it is only in Stan’s house where there is an extra door. You have to walk towards the screen in order to see it. I haven’t found any other doors in houses like this, which is weird because Kyle’s brother Ike doesn’t seem to have a bedroom on the Broflovski household.

My costume was created as a nod to Raiden from Mortal Kombat. The “Gross” status is one of the most powerful when inflicted on humans because it chips away at their health points, and the status hinders healing. 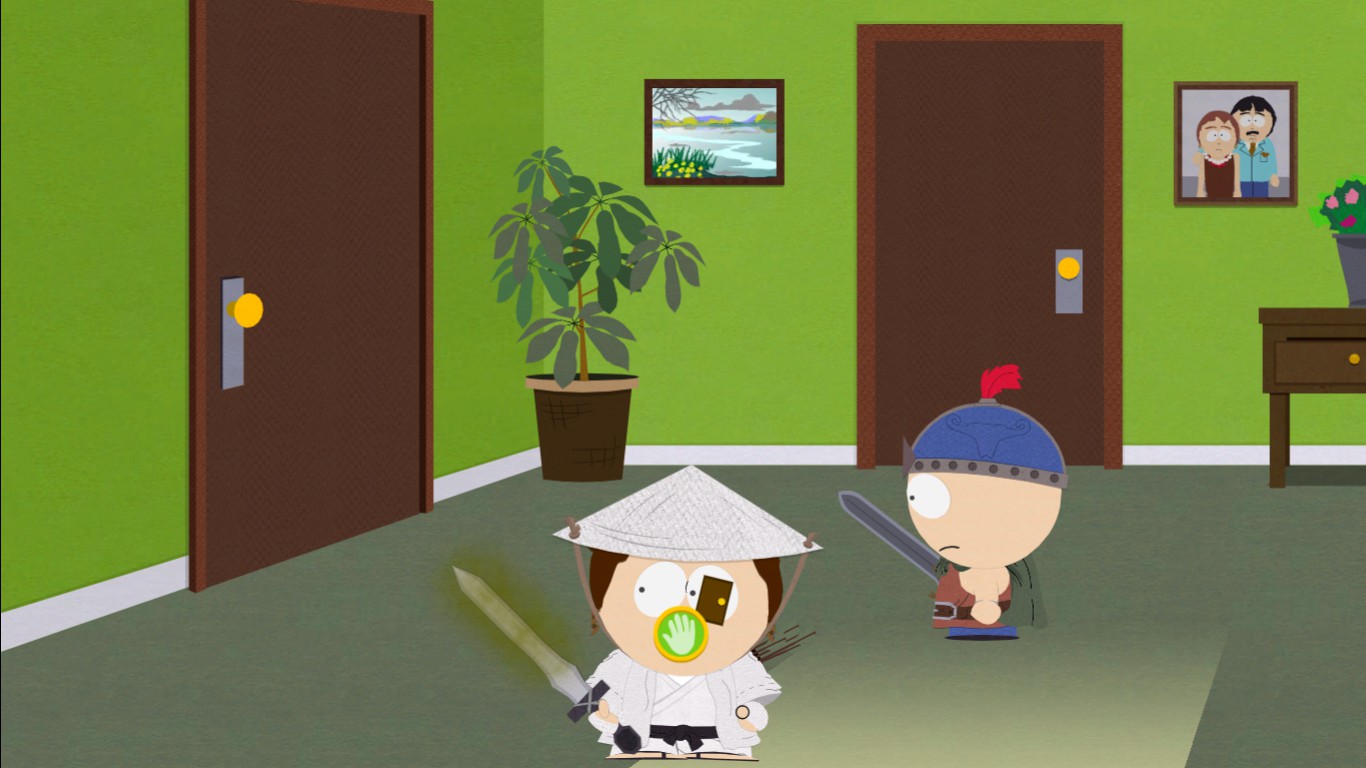 How To Get Into The Storage Area

It is tough to see, but there are three westward directions that you may take. The first leads you into the homeless person. The second is up the ramp, and the third takes you past the storage facility towards the van, the ranch, and the lost forest. Go up the ramp and follow the arrows on the image. Once you are inside the storage facility, you may go inside the office and press the button to open up the big gate. 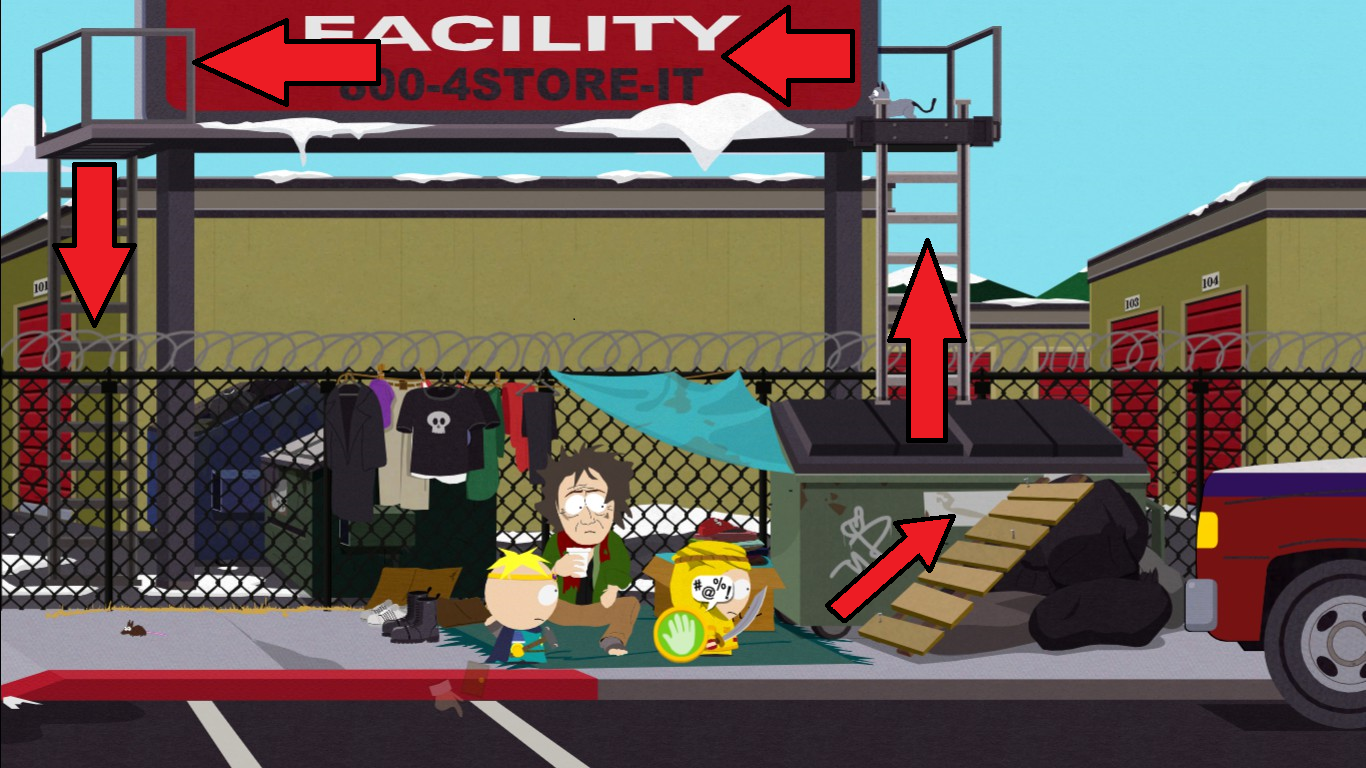 Where Is The Graveyard Where You Fight With The Vampires?

It was part of the E3 trailer for the game, but the graveyard was scrapped from the game. You can fight vampires, but only during the final stage of the game when you attack Clyde’s citadel.

Where Is The Fight With The Crab People?

You may have seen screenshots showing fights with the crab people. They are from the beta version of the game and the E3 trailer. The crab fight was dropped from the game. You may see a crab person during the game, but you are only allowed to make friends with the crab person.

The Secret Area In Probe Room One

Use the panel to the right and it will open the shutter to the secret room. Use the alien probe just above you to teleport into the other room. Open up the alien box to retrieve its items, and then teleport back out again. 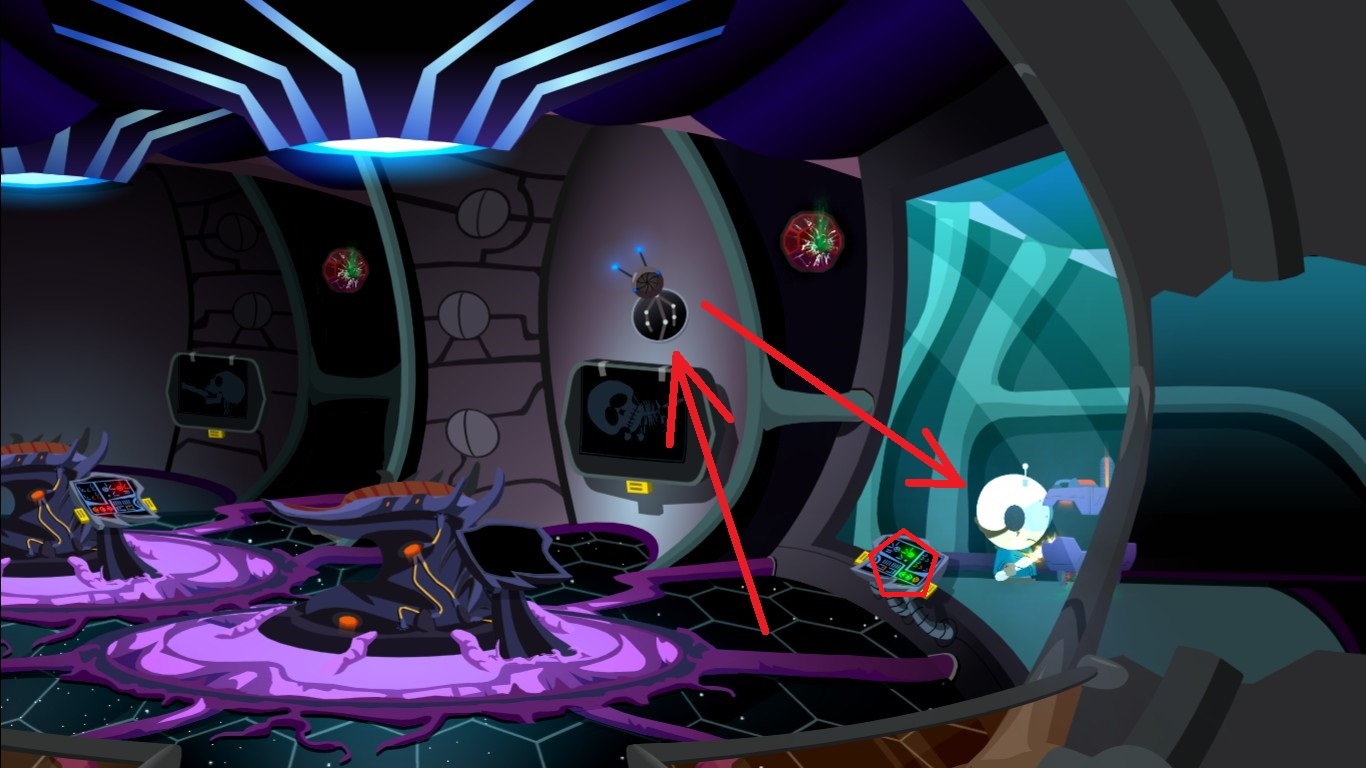 How Do I Use The Pyre Ball On South Park Stick Of Truth?

If you picked the Mage Class of character, you may have trouble using the Pyre ball. If you are playing the PC version, you do it by pressing the S button and left clicking. Do it like this:

The Beating Up The Banker Trick

I didn’t believe this trick the first time I read it, but it actually works! Invest with the banker three times and he will say three different things, all of which are frickin funny. Shrink yourself down and go behind the counter. There is a small hole you may enter by on the left behind the table. Go in there and hit him to start the fight and your $60 will become anything from $60 to $90. 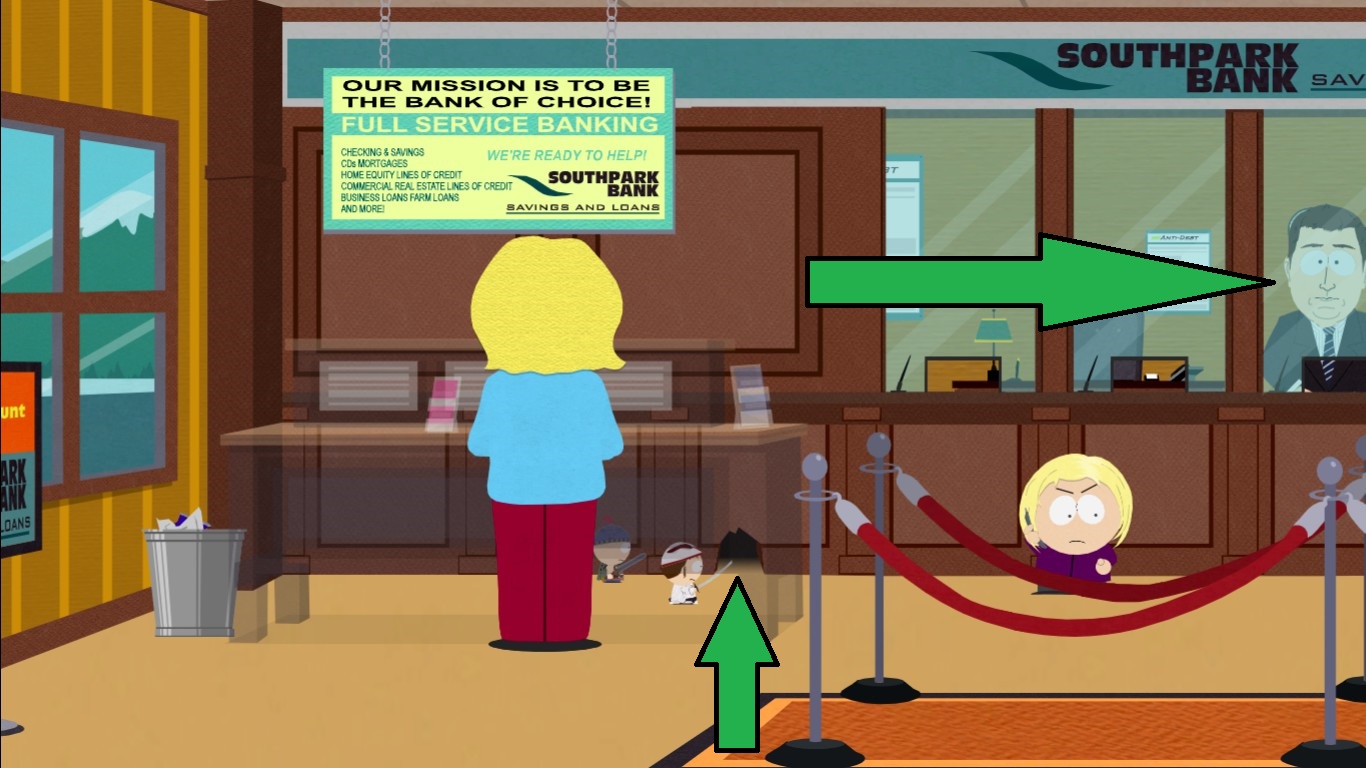 There is also FatBeard’s blade that allows you an extra 20% money. There are the magnet patches you may use for extra money, and if you have bought the Ultimate Fellowship DLC pack, then you may also have the Assassin Mask for 10% additional money, Assassin Robes for 15% additional money and Assassin Gloves for 5% additional money. 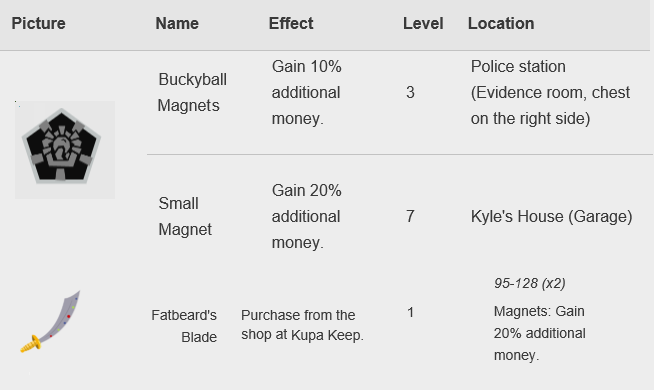 What Button Do I Have To Press To Fart On The PC Version?

You may use fart magic during fights, and you may use your fart magic while gaming too. When fighting, you have to select it as you would any other attack, and each fart uses a certain amount of Mana, which has to be replenished with food items that you eat during fights.

During the game, you may cycle through your fart magic spells by pressing “E.” You fart by pressing “G.” This is if you are using the PC.

I Am Stuck On The Fart Tutorials On The PC Version 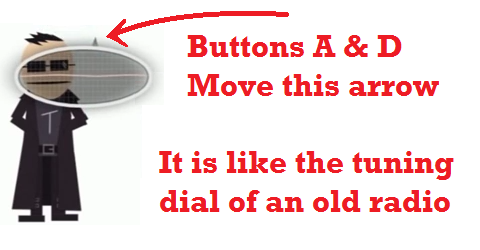 The image below shows all the things you may smash or open. Don’t forget that the Chinpokomon may be retrieved from the air vent if you shrink down. Plus, you may follow the air vent to a ladder, where you may make friends with the kid on the roof.

How Do I Get To The Kid On The Roof Of The South Park Gazette?

You have wait until day three when you have the ability to shrink down. Enter the South Park Gazette and go to the air vent near the floor. It is screen-right next to the table with a plant pot on it. Smash the vent if you haven’t already, and shrink down. Collect the Chinpokomon that is sitting in there and move screen right. You will find a ladder that you have to climb.

How Do You Get Into Canada In South Park: The Stick of Truth?

You have to wait until day three. You will be given a mission to go into Canada. You will have to get a passport as per the instructions you are given. You then have to go North (screen upwards) four times to reach the border. You are then allowed to enter Canada.

Sneak around the back of the bush to the left of Token’s house, and you will find a hidden bag. It is one of many hidden bags that are strewn around the South Park town. Don’t forget that you may also teleport to the roof and smash the roof for another prize. 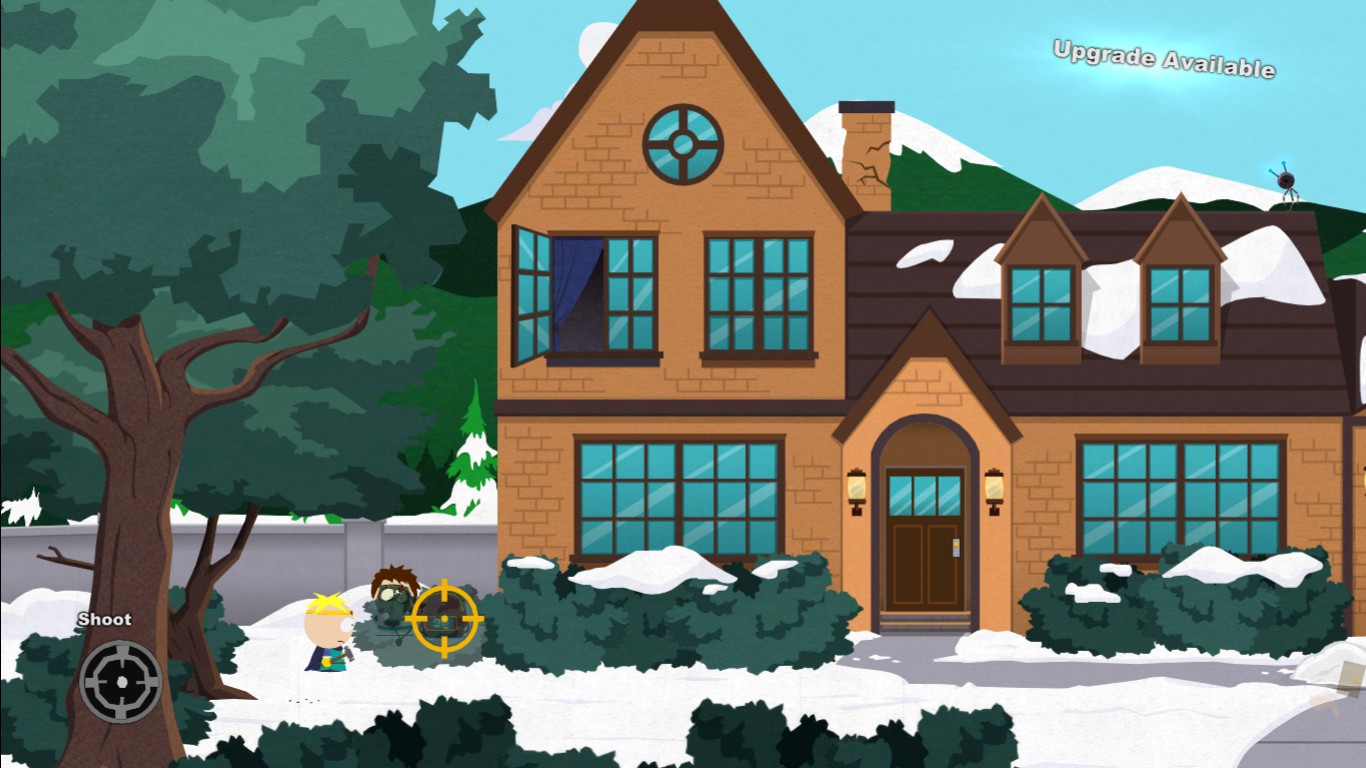 How To Smash The Big Rock In The Sewers

If you go through the sewers all the way to the end, you will see a Crab person in the distance. The route to him/her is blocked with a big rock that has a green glowing crack. You have to wait until day three before you are able to break the rock. On day three, after you have fully completed the Canada mission, you learn the Nagasaki fart spell. Go back to the sewers, and enter near the cinema if you opened up the manhole earlier. Break the rock with your new spell and you will be able to make friends with the crab person, and you will be able to open the box behind him/her.

The Secret Smashy During The First School Visit

There are boards to the right as you enter the school and come out from the kitchens. Smash the boards and there is treasure behind them. In the image below, the boards have already been smashed. 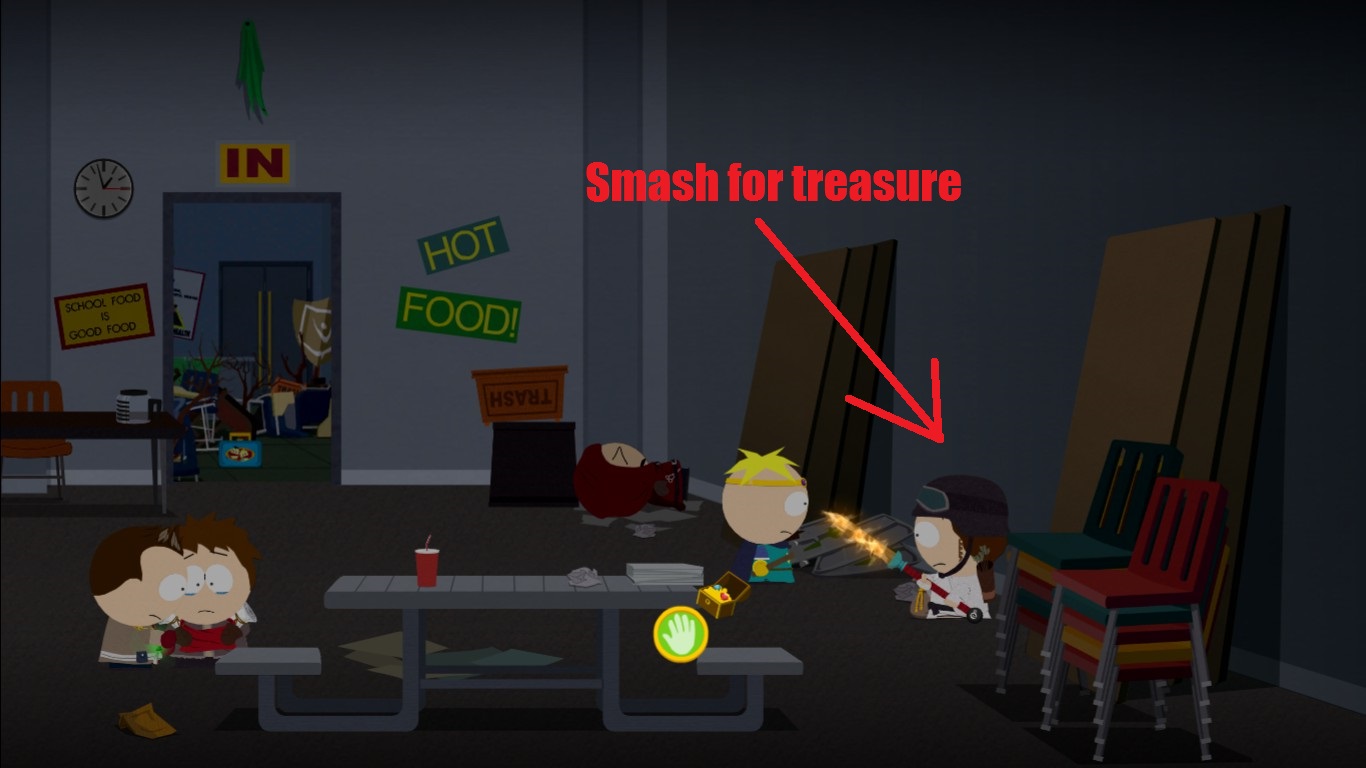 Buy the “Speed Potion Ultra” to befriend Tweak’s parents. It is a handy potion to have because it gives you “Attack Up” and you get an extra turn to smash the snot out of your enemies. Buy the potion just once and you become friends with Tweak’s parents. Buy a few more to help you in later boss battles. 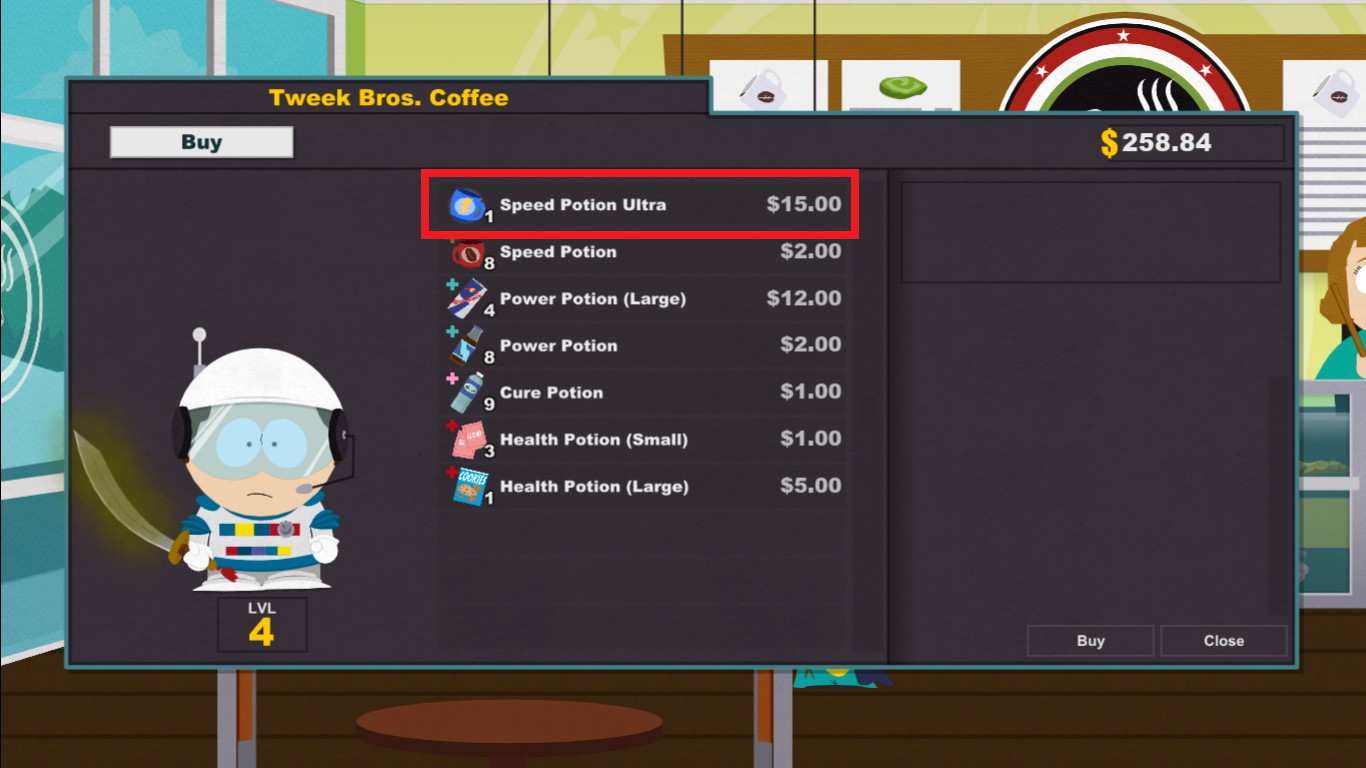 On the spaceship, you will hear numerous voice recordings telling you that what they say is meaningless. The same seems to go for code 776. Many players have scoured the ship from stem to stern in order to find out what the code means, but it means nothing so far. If you find out what it means, then please leave a Facebook comment at the bottom, or contact us via the contact page and let us know.

I have the most up-to-date version of Dungeon Keeper 2 from GOG (Good Old Games). It has a flaw because I cannot spawn or attract certain creatures. This article explains My Fallout Shelter guide tips and tricks article is mostly for intermediate and advanced players. There are plenty of tips for new players too, but I do not explain the 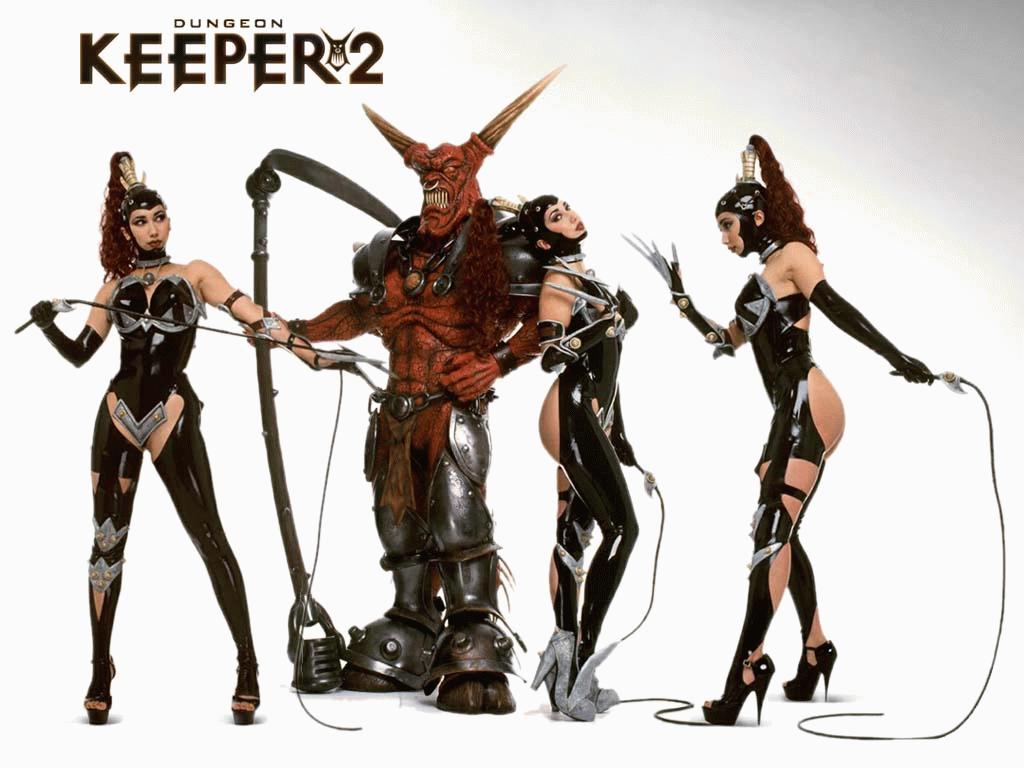 Are Your Creatures Spawning Correctly? Later in the game, you are able to attract Dark Angels and Black Knights. Before moving onto sacrifices, please make sure that you can receive 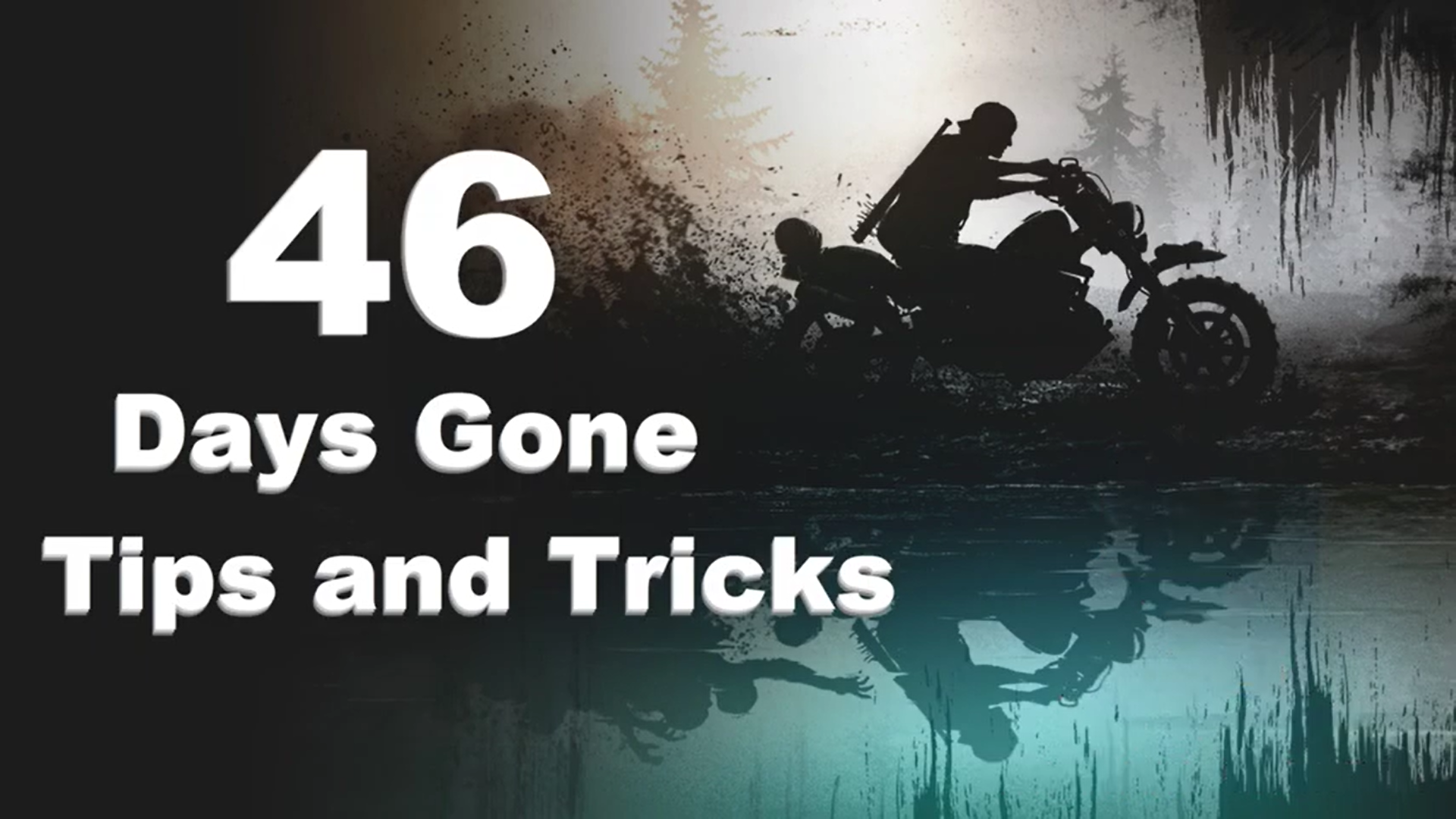 This is a Days Gone Tips and Tricks article offers 48 tips on issues that affected my gameplay experience. They are things I learned through the game, including the things